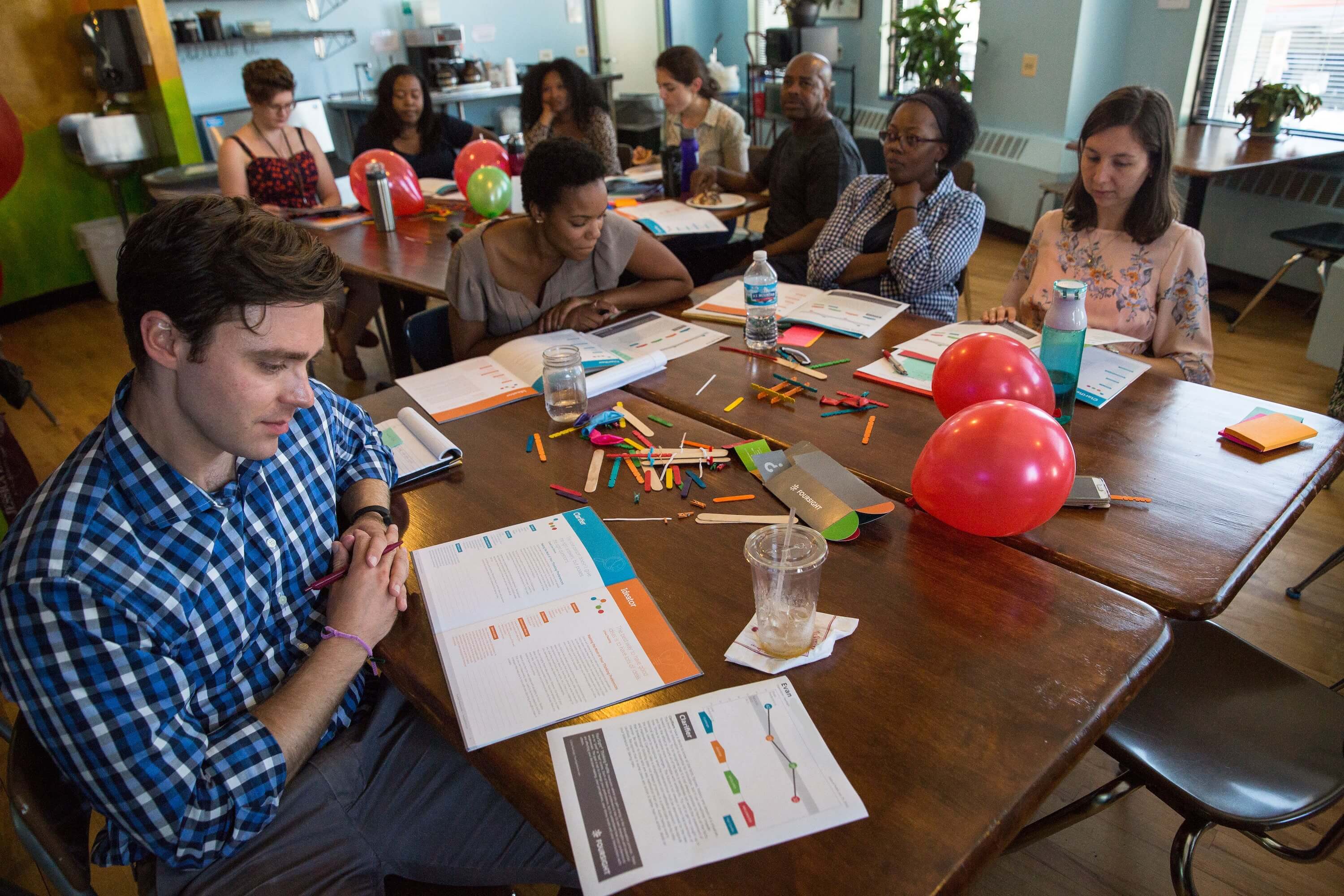 The ROI on Creativity Training | FourSight

How can you measure the impact of teaching creative problem solving? It’s a challenge. Plenty of research shows the positive impact it has on individuals, but little research exists on the impact creativity training has on organizations, particularly on their top line growth. That changed in 2015, when a FourSight-based creative problem solving training program was identified as the key catalyst in supporting organizational growth.

It began with an unexpected finding…
In 2013, PhD researcher Brett Richards was looking for an organization to try out his new culture survey, which measures an organization’s potential for growth. He came to Sheridan College, one of Canada’s largest educational institutions. Sheridan was at the beginning of a big push to become a campus known for creativity. They took an interest in Richards’ survey and had 77 administrators, professional staff members, and faculty to take it.

When Richards returned to Sheridan less than two years later to run a retest, he was pleasantly surprised to find that the organization had gone up on nearly every scale—particularly in the areas of strategic, innovative, collaborative, and creative mindsets. It was a significant improvement in a relatively short time.

Richards was intrigued and decided to dig deeper. He knew of Sheridan’s intent to become a “Creative Campus,” but would desire alone be enough to impact their scores, and growth potential?

With a little sleuthing, he discovered that during the months between the two surveys, Sheridan had offered a series of FourSight-based, creative problem solving workshops on campus. Hundreds of people had participated.

Could training in FourSight and creative problem solving have that big an impact on an organization’s potential for growth? Richards isolated the course participants results and re-ran the numbers.

Those who took the FourSight-based creative problem solving workshops accounted for the entire increase in scores. Among their greatest gains were the “creative” “innovative” and “collaborative” orientations, as well as the “Imagine” mindset. As for the people who had not received the training, their scores were either flat or dropped.

“That was truly a significant finding,” Richards says. In his attempt to pinpoint drivers of growth in organizations, he came upon a training program whose impact was unmistakable. Here was statistical evidence that FourSight-based creative problem solving training has a significant positive influence, not only on the culture of innovation and collaboration in organizations, but also on their potential for future growth.

Based on interviews with Brett Richards, PhD, founder of Connective Intelligence Inc. and developer of the OGI™.

Creativity Surge: How to Sustain Your Energy During a Global Crisis | FourSight

Get Thinking Tips and FourSight News

For leaders, educators and consultants who equip teams for success, FourSight provides a problem-solving system that helps people take on big challenges and deliver big wins.